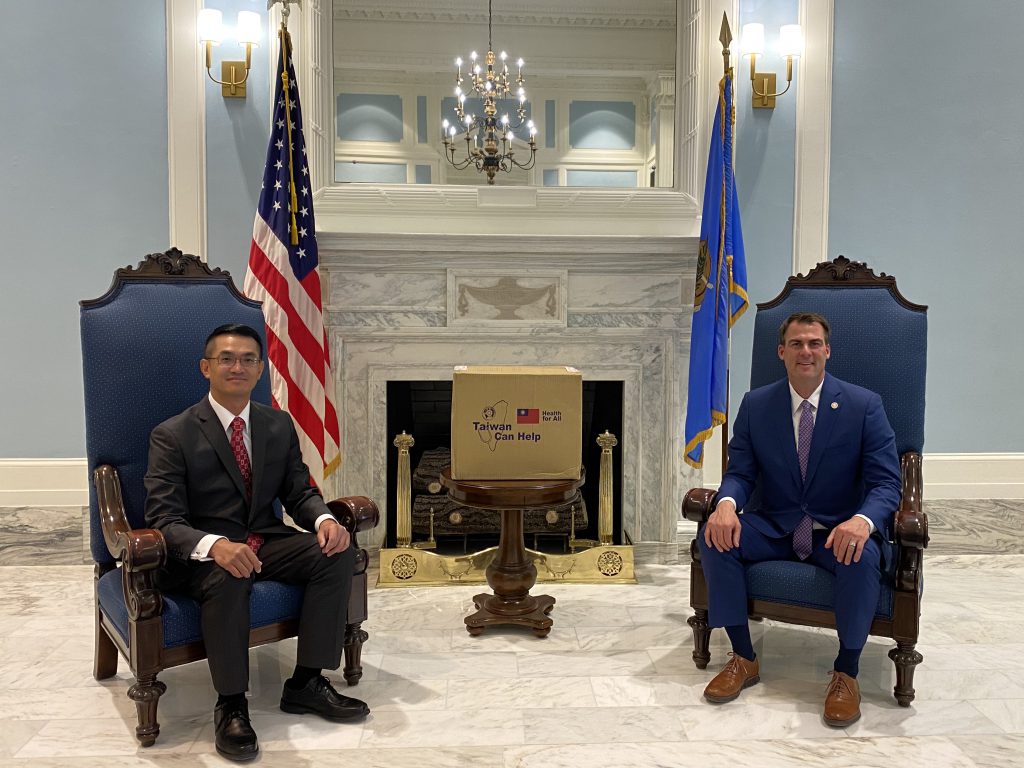 The Taipei Economic and Cultural Office (TECO) in Houston represents the interests of the Republic of China (Taiwan) in the southern United States, including Arkansas, Louisiana, Mississippi, Oklahoma, and Texas. TECO in Houston is proud to serve as a bridge between the southern US and Taiwan. It is dedicated to promoting exchanges and cooperation in trade and investment, science and technology, culture, education, and tourism. Community engagement and helping create people-to-people connections are important parts of TECO-Houston’s work. In Oklahoma, TECO-Houston has had the privilege to work closely with Sister Cities International Oklahoma City (Sister Cities OKC) to promote bilateral exchanges and cooperation.

Last year, Deputy Mayor Teng Chia-chi of Taipei led a delegation to attend the Sister Cities International 2019 Annual Conference in Houston, Texas. Deputy Mayor Teng seized the opportunity to enhance the Taipei-OKC sister-city friendship by hosting a social dinner for President Mary Pointer of Sister Cities OKC. In return, President Pointer demonstrated the best of Oklahoman hospitality by holding a reception last November to celebrate the sister-city bonds between Taipei and Oklahoma City. TECO-Houston officials attended on behalf of the city of Taipei and government of Taiwan. A future visit to Taipei is in the works for Sister Cities OKC once the pandemic ends and TECO-Houston aims to help arrange a trip that will promote exchanges and cooperation between the two cities.

Most recently, Oklahoma and TECO-Houston have come together to help and protect the frontline responders in the fight against COVID-19. On behalf of the government of Taiwan, Director-General Peter Chen of TECO in Houston presented 100,000 surgical face masks to Governor Keven Stitt of the State of Oklahoma. All over the world, Taiwan has been donating PPE as well as sharing experiences and prevention methods. Taiwan stepped up in helping because viruses know no borders. Taiwan is here for the long haul to help our friends fight against this coronavirus. We hope that acts of kindness and generosity and cooperation will be copied in every corner of the world. When we approach times of crisis as an opportunity to work more closely together, we show how to conquer challenges like COVID-19 and other global issues. We are all in this together, and together we shall prevail! 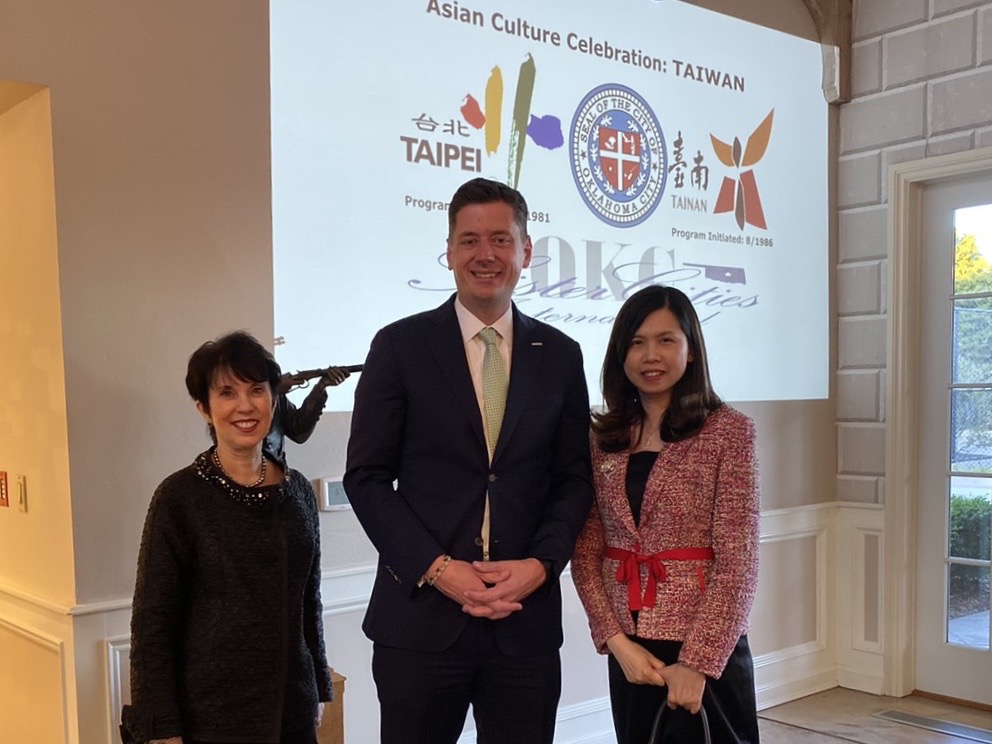 In these challenging times, Taiwan and Oklahoma have proved to be partners not only in prosperity, but also partners through adversity. The Taipei-OKC sister-city relationship, built on shared values and deep respect, has never been stronger. When at last this pandemic comes to an end, the Sister Cities OKC delegation will be welcomed in Taipei with open arms and hearts to start the next chapter of Taipei-OKC relations.

Privacy & Data Consent (GDPR - CCPA)
To provide the best experiences, we use technologies like cookies to store and/or access device information. Consenting to these technologies will allow us to process data such as browsing behavior or unique IDs on this site. Not consenting or withdrawing consent, may adversely affect certain features and functions.
Manage options Manage services Manage vendors Read more about these purposes
View preferences
{title} {title} {title}

Do you need assistance?

Send us a message with a single click. We will reply as soon as possible.